Two of our Trustees, Elaine Donald and Anne Kean have won national Making Time Awards from Abbeyfield in recognition of their commitment to spending time with our residents and for suggesting and taking part in social activities.

A surprise celebration was held for Elaine and Anne on the 7th December when they were presented with their awards, certificates and flowers.  Two large celebration cakes were enjoyed by all!  A speach was made by Bernard Singleton who is the Scottish Country Manager and Alan Innes (Chairman of the Abbeyfield Societies in Scotland) presented the awards 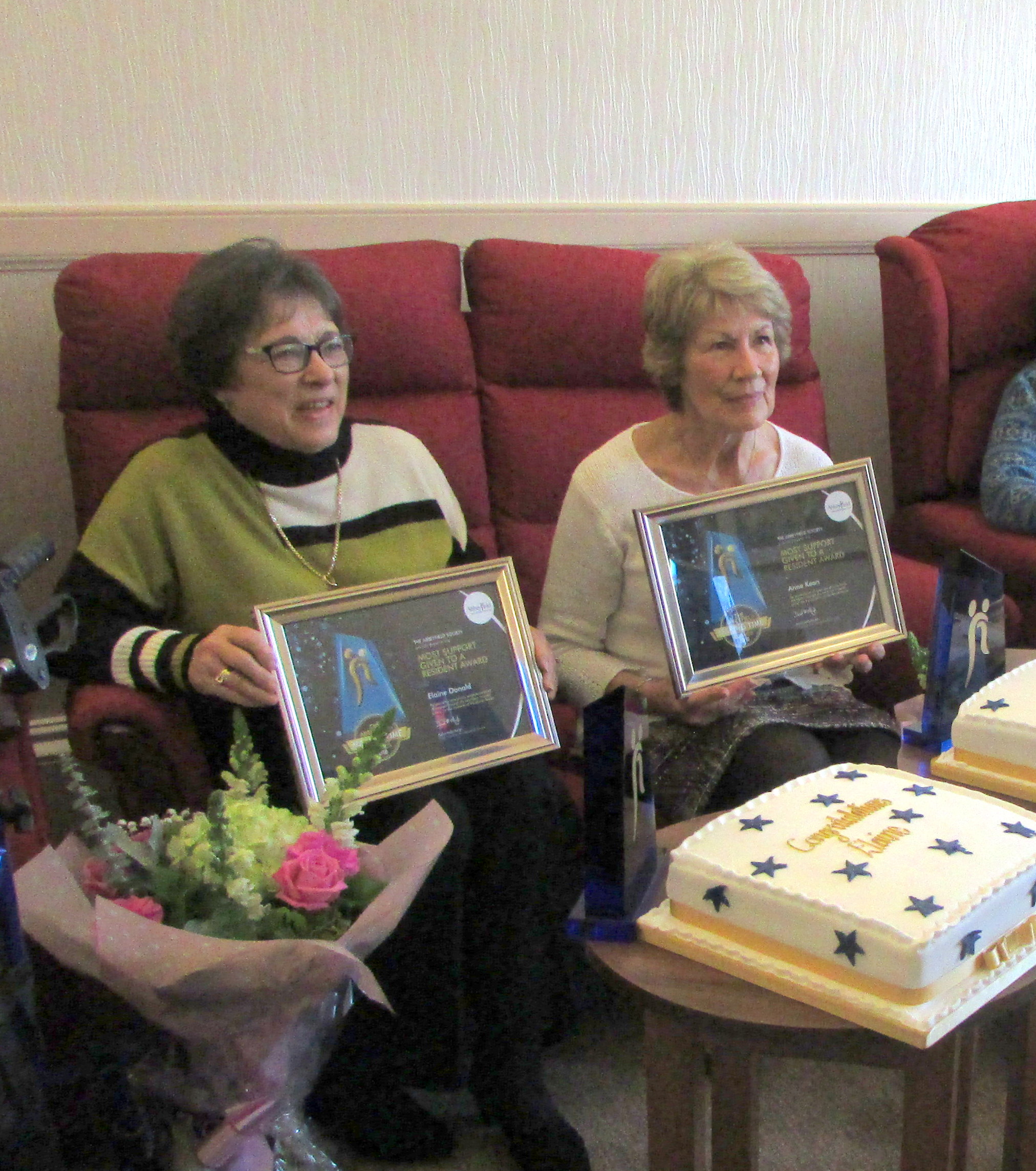 © 2020 The Abbeyfield Perth Society Ltd.
Member of the National Abbeyfield Society, under the royal patronage of HRH The Prince of Wales KG, KT, GCB